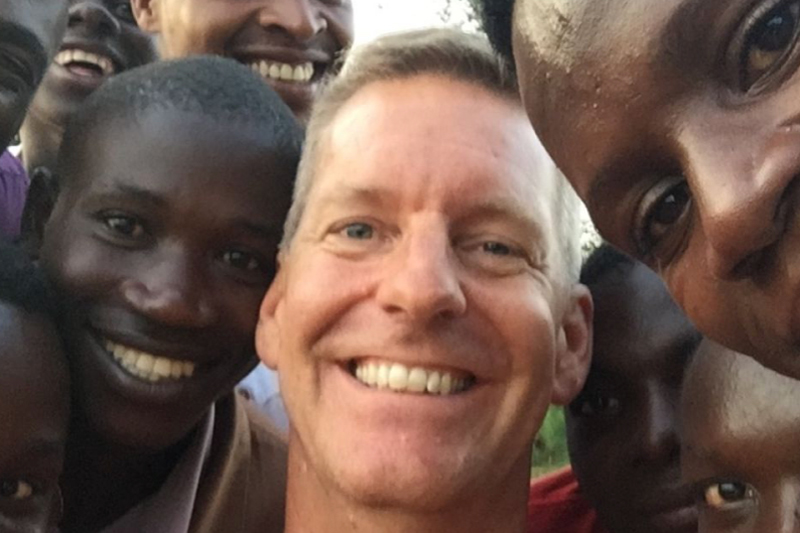 Bringing Hope to the Family Orphanage Has A Big God

Is my God too small?  I don’t mean to suggest that He is small.  Only that my conception of Him is too small.  That my faith can sometimes be too small.  W. Phillip Keller says that “Our view of Him is often too small—too cramped—too provincial—too human.  And because it is, we feel unwilling to allow Him to have authority or control—much less outright ownership of our lives.”

“In spite of God’s magnitude, we have managed successfully to domesticate God.  Beg.  Roll over.  We prefer God tamed and ready to do OUR bidding,” writes Gregory Boyle.  “We have settled for a ‘partial God’, as Richard Rohr puts it, when every minute of every moment we are asked to ‘move beyond the mind we have’ and land increasingly on a renewed and expansive view of God.  We are human beings, so we endlessly create God in our own image.  We can’t help ourselves.  But certainly we can catch ourselves.”

I am always awed by others who see God’s magnitude and who give Him “outright ownership” of their life.  One moving example is Faith Kunihira.

I met Faith in 2010 when I traveled to her small rural village in western Uganda.  Faith was an accountant in the capital city of Kampala, but she felt drawn to give that up and return to her village to care for the many orphans there.  She started Bringing Hope to the Family orphanage.  And she set about improving the quality of life for families and communities devastated by HIV/AIDS, poverty and disaster.  Since then she has raised a generation of children as her own.  Faith’s view of God is big.

The need in Faith’s rural village is overwhelming.  Orphans lacking medicine and education, high rates of HIV, disease, poverty, you name it.  On my first trip to Uganda, I saw that Faith was accomplishing great things but I didn’t relate it to my life or my God.  The first tip that I had an expansive God came through a boy named Adolf.  Adolf shuffled along the village’s red clay roads on all fours.  He had been burned by an aunt with scalding water and, with no medical treatment, his legs had fused together.  He could not walk upright.  Faith found him in a neighboring village living on the street and she brought him to Bringing Hope.  Watching him I knew someone should do something to help him.  But I didn’t believe it could be me.  He needed complicated surgery and who was I to make that happen?

“Our sense of God always beckons us to grow,” exhorts Gregory Boyle, “to reimagine something wildly more breathtaking than where our imagination generally takes us.  We are nudged toward an increasing wider view and image of God… God leans into us…  With any luck and some attention, we will keep landing on a better God, finally having grown comfortable in God’s tenderness.  Our God is constantly saying, “…Go ahead.”

When I returned to Los Angeles, I told Adolf’s story to a friend.  She immediately introduced me to her friend, the Director of the Children’s Burn Foundation.  I explained Adolf’s situation and the Foundation agreed to bring Adolf to Los Angeles for treatment.  They called Dr. Peter Grossman of the prestigious Grossman Burn Clinic.  He agreed to do the surgery.  My brother and his wife offered to welcome Adolf into their home for the six months of treatment.  The Foundation flew Adolf to Los Angeles where he underwent two successful surgeries and numerous skin grafts.  While he once walked on all fours, he is now running and playing soccer and volleyball.  God was working miracles—big miracles–faster than my doubts could bat them down!

“What do you mean, ‘if I can’? Jesus asked.  “Anything is possible if a person believes.”  But maybe I didn’t believe, not really.  Maybe my view of God was too small—the ‘partial’ God.  I heard Joel Osteen say one time that some of us are waiting for our ship to come in but we never sent out a ship in the first place.  Faith is planting seeds everyday.  She believes in a big God and her big God is doing big things through her.  And her belief in what she is doing is contagious.

Every year I head off to Uganda to work with the teenagers at the orphanage’s trade school.  What started with 6 boys is now reaching over 150 girls and boys.  We bring in Ugandans to speak to the kids, to tell them their stories and teach them skills.  We have traveled all over Uganda with an eye towards teaching these kids new things and broadening their horizons.  Every year alumni of the program come back to the school to see me and show me what they have accomplished since graduation.

But my overarching goal is to show these orphans God’s inexhaustible love.  “Working on yourself” doesn’t move the dial on God’s love,” explains Father Boyle.  “After all, that is already fixed at its highest setting. But the work one does seeks to align our lives with God’s longing for us – that we be happy, joyful, and liberated from all that prevents us from seeing ourselves as God does.”  For teenagers who carry so much shame for being orphans, we work to replace that shame with God’s boundless love.

I play a small role in Faith’s big dream.  But I want to play a bigger role and to embrace a bigger God.  I am a big fan of Tony Robbins, Grant Cardone and other personal development leaders.  Tony Robbins teaches that our meaning and purpose in life comes from service, from helping others.  Grant Cardone is well-known for his 10X concept—how can I increase the quality of my life not just incrementally but by a factor of 10?  I like to combine the two—how can I increase the reach and impact of my service by a factor of 10?  How can I have an expansive God?  Like Faith Kunihira has.